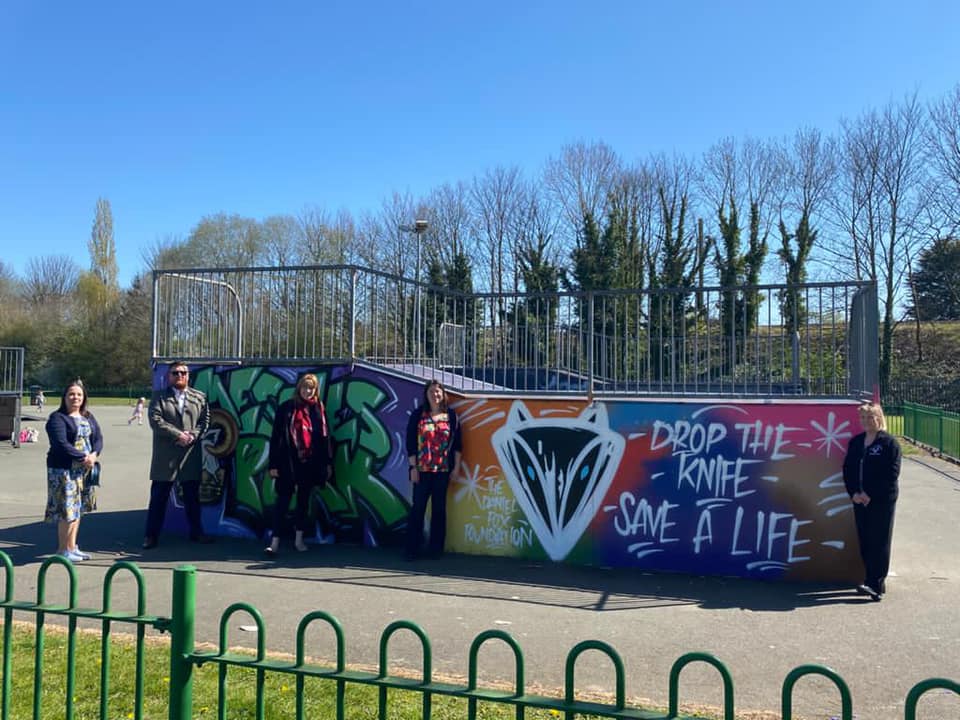 The first visit will be to a memorial bench installed in Newton-Le- Willows in memory of Daniel Fox, a local 29-year-old man sadly murdered after a knife attack in St Helens in 2016. In response to the dramatic increase in knife crime around the country, Daniel’s family were keen to turn their own personal tragedy into a more positive outcome, so they set up the Daniel Fox Foundation in 2017.

Jones and Spurrell will hear about Daniel’s story and the family’s personal experience of being victims of knife crime, and how the Foundation has been actively educating children and young people about the consequences and impacts of carrying weapons.

Following this, Jones and Spurrell will visit The First Step Domestic Abuse Refuge in Knowsley.

The First Step was established to support survivors of domestic abuse in Knowsley and seeks to empower them through tailored training and support.

“After more than a decade of Conservative cuts to policing and preventative services, the work of community organisations to support victims could not be more vital.

This May’s election is a choice between a Tory party that has cut funding and allowed violence to rise, or a Labour candidate like Emily Spurrell who is serious about tackling crime, putting more local police on the streets and protecting victims.”

A vote for a Labour Police and Crime Commissioner is a vote to keep, you, your family, and your community safe.”

“It was great to welcome Sarah to Merseyside today and introduce her to some of the brilliant organisations supporting victims and communities affected by knife crime and domestic abuse.

The Daniel Fox Foundation is doing amazing work educating local children and young people on the dangers of knife crime and First Step are a vital support network for victims of domestic abuse.

If I’m elected PCC, recognising the contribution of these organisations and working in partnership with them to prevent crime and protect victims will be a priority.”

The Tories have slashed funding to Merseyside over the last decade, with a £73m real-terms gap in direct government funding. Even after increases in precept funding, Tory cuts have left a £62.9m real-terms hole in Merseyside’s finances.

Despite Conservative cuts, During Emily Spurrell’s time as deputy Police and Crime Commissioner from 2017-19, she oversaw £3 million investment in victims services, re-launched the modern slavery network, developed the Domestic Abuse Workplace Scheme and successfully lobbied for a living wage for all police staff.