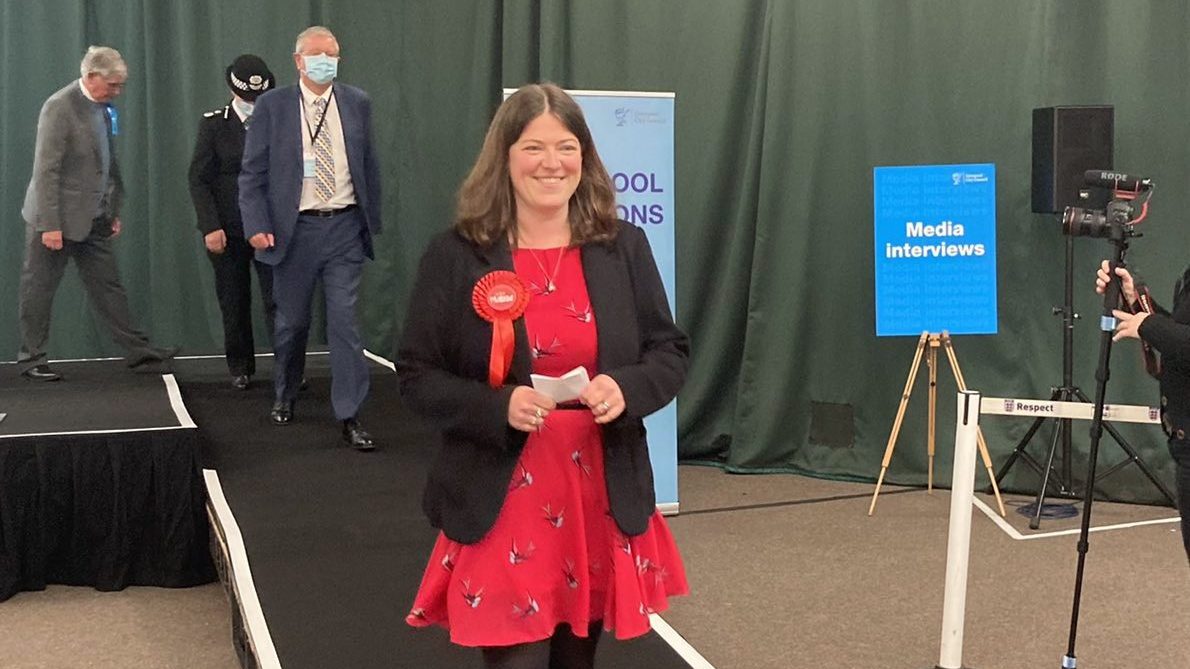 Emily Spurrell has been elected as the Police & Crime Commissioner of Merseyside.

Emily thanked voters across Merseyside after she collected 178,875 votes, taking more than half the first preference count and was elected the winner on Saturday 8th May.

Throughout her campaign, Emily has promised to deliver visible and accountable policing, give victims and communities a greater voice and push for a fairer and more effective criminal justice system.

Within her manifesto, she has pledged to introduce police scrutiny panels, hold regular public meetings with the Chief Constable, and give victims a louder voice by establishing a Victims’ Panel to give victims and survivors the opportunity to highlight how services can be improved and hold the police and her to account. She has also spoken of her commitment to working with key partners to create a Violence against Women and Girls strategy.

Emily said: “I’m absolutely delighted that the public of Merseyside have given me the mandate to serve as their next Police and Crime Commissioner.

“I promise to be a visible and proactive Police and Crime Commissioner, acting as a powerful voice on behalf of all the communities of Merseyside on policing and community safety issues. I want people to see the value and the importance of this role and I will demonstrate it over the next three years by standing up for our region and demanding better for local people.

“I’m also determined to give victims of crime a greater voice. Sadly too many victims still feel let down by the police because they have moved on to their next crime. I want people on Merseyside to feel the police and the criminal justice system is on their side and I will challenge all the agencies involved in this process to do better for the people they are there to protect.”

Emily will officially take office on Thursday 13th May.