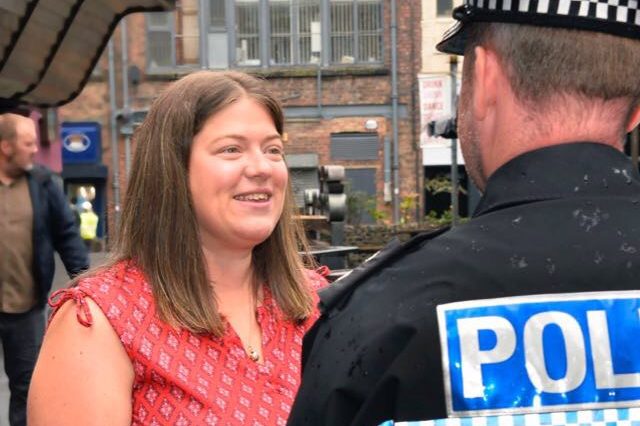 Emily has today written to the Chief Constable of Merseyside Police calling on the police to start recording misogyny as a hate crime.

The letter, signed by Councillors and MPs from across Merseyside, said;

We are writing to you today on behalf of women across the region who have been sharing their experiences of street harassment and abuse in response to the tragic murder of Sarah Everard.

Women need to feel safe on the streets of Merseyside and they need to have trust in police and criminal justice organisations that they will be taken seriously and treated fairly.

Violence against women and girls does not occur in a vacuum; hostility towards women and girls generates a culture in which violence and abuse is tolerated, excused and repeated. Changing that means challenging not only individual acts of abuse but the very roots of the culture which enables it.

Gathering the evidence about the extent, nature and prevalence of hostility towards women and girls and how these interplay with the experience of crimes like domestic abuse and sexual violence is crucial to recognising these connections.

We therefore urge you to consider how Merseyside Police can start recording misogyny hate crime incidents.

Numerous police forces around the country are now recording incidents of misogyny and street harassment and this allows us to get the root of the issue and understand how to best tackle violence against women and girls.

Making misogyny a hate crime simply means police forces would log and monitor such incidents and then enable them to create a full picture of the problem, support victims, and make them aware of where incidents are reoccurring.

Women and girls need to feel their concerns are being taken seriously by the police and that misogyny is not normalised.

According to UN Women 80% of women in the UK have experienced sexual attention or sexual or physical contact in a public place. It has never been more vital to tackle misogyny at its root.

We look forward to hearing from you.

Updated 17th March: After pressure from MPs and campaigns like ours across the UK the Government have now committed to asking police forces to start recording misogyny as a hate crime from September.